Dr Chetan Ginigeri is an experienced Pediatric Intensivist with national and international training. With 15 years of experience, he is one among very few Intensivists in India trained to take care of children who need/had organ transplants. He has been responsible for coordinating the Pediatric Organ Transplant program.

Dr. Ginigeri’s interest in state-of-the-art Pediatric critical care had earlier led him to Kings College, London, in the United Kingdom, where he received training in Advanced Pediatric Intensive Care. King’s College, London, is one among the top 30 universities in the world. His graduate and post-graduate training were at two of India’s premier medical training institutes, the Jawaharlal Institute of Post Graduate Medical Education and Research (JIPMER), Puducherry and the Post Graduate Institute of Medical Education and Research (PGIMER), Chandigarh respectively.

He previously heads the Children’s ICU at Narayana Hrudayalaya and then the dept of Pediatrics at PeopleTree Hospitals.

As a part of his job, he noticed that in recent times the quantum of unintentional injuries in children is on an alarming rise and child safety is slowly becoming a new public health issue. He has authored a book “PLAYFUL – an ultimate guide to child safety” to bring to fore this issue causing death and serious disability in children. He is also a proud recipient of Rotary Vocational Excellence Award for the Year 2013 for his contribution towards Child Safety and Paediatric Critical Care. .

He is admired by his patients and their families for his love and commitment towards the care of children. His friendly nature and talent to deal with the most advanced critical care situation in children with competence and ease make him a sought- after clinician. . 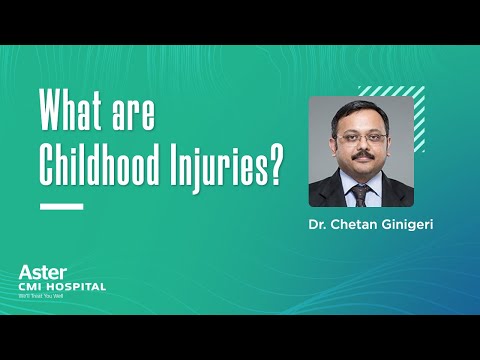 Master Nischit's father extends his gratitude and thanks to the entire team of doctors who helped...

Unintentional accidental injury is the greatest danger to...